Freddy’s Use Olive for Enterprise Software Selection, Starting with a POS

Freddy's Frozen Custard and Steakburgers use Olive to streamline enterprise software selection for their franchise, starting with a full POS overhaul. 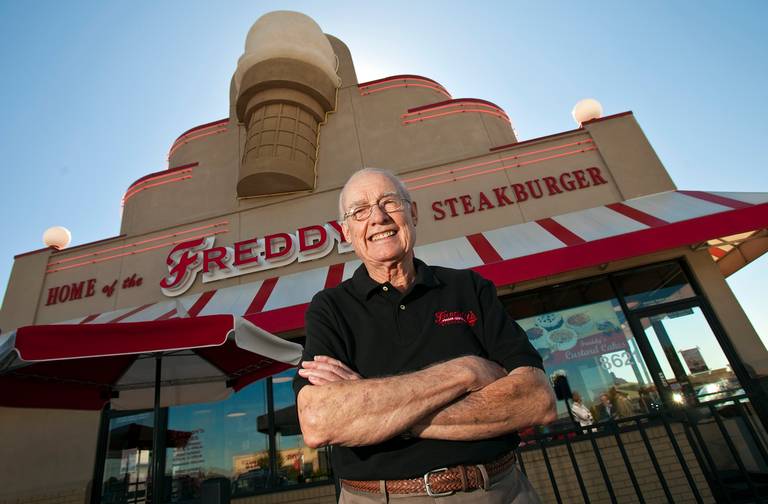 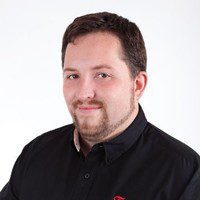 We’re going to use Olive over and over again, it would be stupid not to. The cost savings that we will gain on the first two new restaurants that we on board with this new point of sale will pay back everything we’ve invested in Olive.

Founded by restaurateur Scott Redler and two brothers, Bill (1955–2016) and Randy Simon, whose father, Freddy Simon (1925–2020), was the restaurant’s inspiration and namesake. The company opened its first franchise in Hutchinson, Kansas, in December 2004. Its 150th location opened in April 2015 in Loveland, Colorado. Freddy’s opened its 300th location in Indianapolis, Indiana, in March 2018.

“Before Olive, there were huge pitfalls in our technology evaluation process, holding us back.”

Sean Thompson – IT Director at Freddy’s Frozen Custard & Steakburgers heads up selecting software vendors for new technology solutions for Freddy’s in support of the entire franchise. Sean and his team had the goal of finding a new more affordable POS, with lower upfront cost and lower operations cost, in collaboration with all necessary stakeholders.

Looking ahead to the tedious process of sourcing a new POS caused the project to be avoided for quite some time. Before using Olive, the process of selecting software involved lots of time, meetings, emails, and spreadsheets. Stakeholders had limited visibility into evaluators’ scoring progress until the deadline. The was a source of frustration, risk, and time suck.
‍
The team at Freddy’s knew that relying on spreadsheets, email, and zoom meetings in their software buying and RFP process was an administrative burden, a huge time suck, and a source of risk. They chose to manage the technology evaluation process in Olive.

We fear the chosen solutions wouldn’t meet our stakeholders’ needs.

The point of sale is the central nervous system of a restaurant. Choosing a new one can be very dangerous and carries lots of risks. Having franchise users exacerbates the problem. To get started, Sean and his team pulled RFP templates and boilers, which all came down to building a spreadsheet. They decided that part was doable, but how do you share and manage that? Had they thought about everything? How would they gather and rank new ideas and essential requirements? How would these insights be shared internally? How could the process be more efficient? 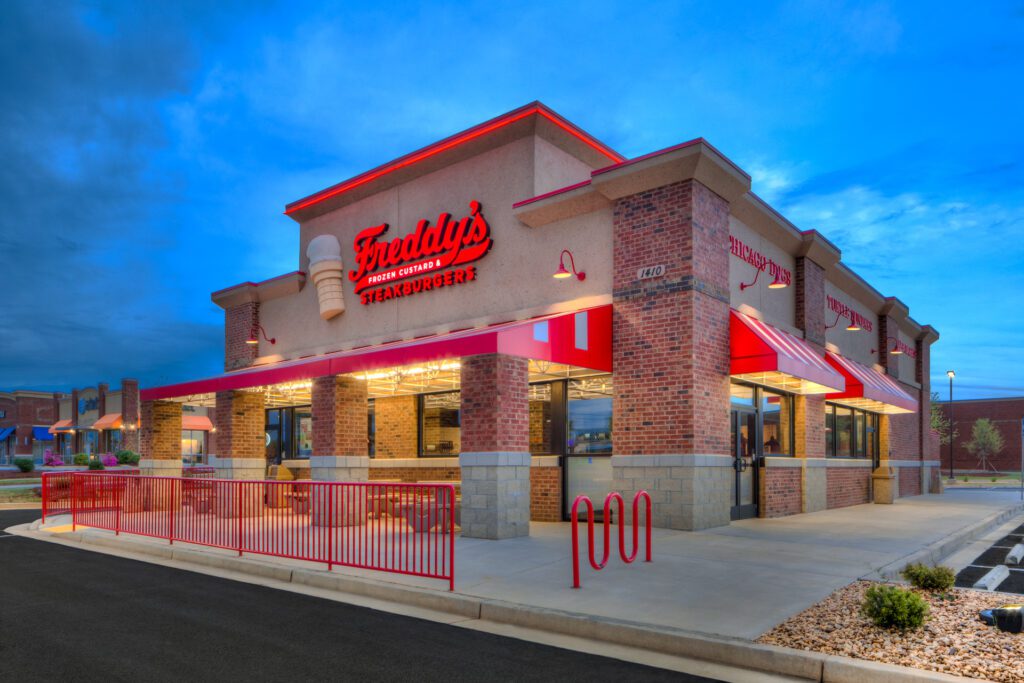 Finding vendors was another challenge. The team would go to trade shows, quickly realizing they were shark bait for solution providers, who were clearly leading the buying process, instead of Sean and his team. Once they found some potential vendors, managing and evaluating them with meetings and spreadsheets was rife with risk of human error. Effectively communicating that information back to internal stakeholders and franchisees was going to be time-consuming, convoluted, and problematic. Finding a new POS solution had been on the roadmap for a while, but getting started seemed impossible—until they found Olive. 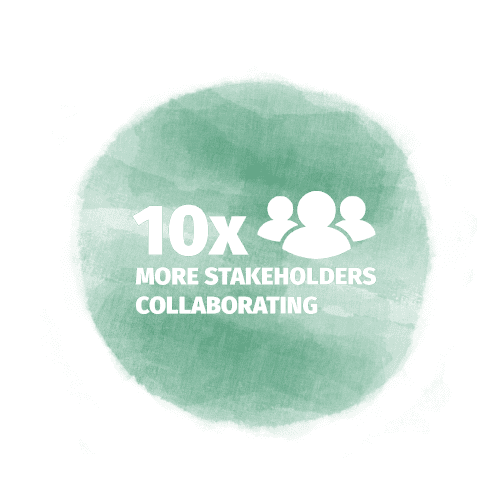 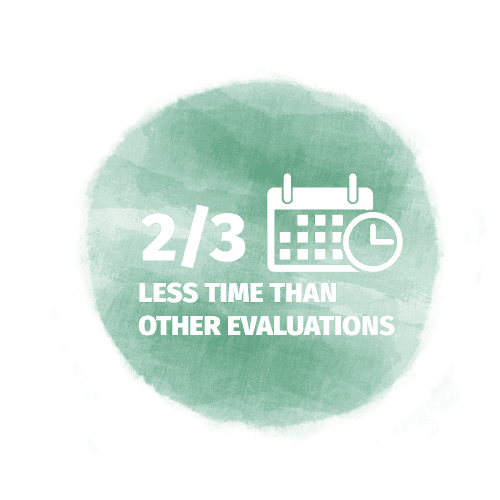 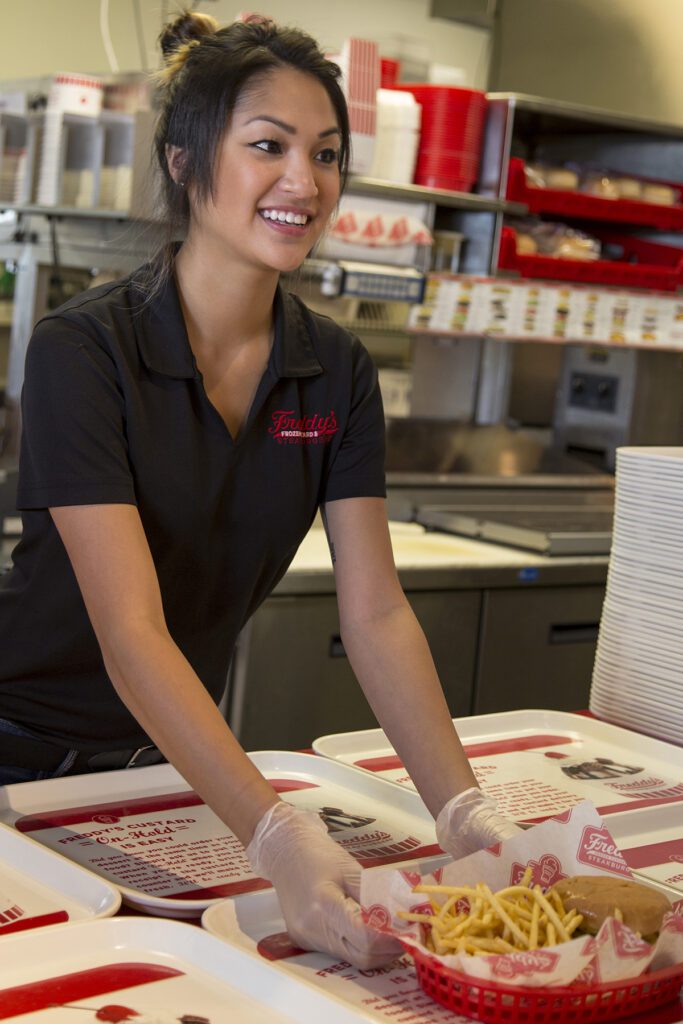 In order to decrease risk, increase user adoption, save time, and kick off the POS selection process, Freddy’s chose Olive. Olive had a solution for everything the group saw as a potential problem in the process of vendor selection, while also revealing other considerations. As a privately held company, Freddy’s is able to specify precisely what the company wants in their software selection process and is not bound to any compliance. Researching vendors for the POS solution, Sean couldn’t find a tool that could cater so specifically to Freddy’s business needs, much less find and shortlist the vendors for them. The alternative was to pay software evaluators to find the ‘top 5 POS solutions’ available, but soon they discovered that wouldn’t help them uncover the best match vendor, or a newer player in the space that fit their specific needs.

All stakeholders had contributed to the project within 3 days. Olive’s intuitive User Interface made it simple to onboard his team and gain insight to their needs. New users were easily able to log into the platform and input their specific ranking. They also had the support of Olive’s team to answer any questions that came up. Within 3 weeks, requirements were complete. Two dozen stakeholders (an unusually high amount!) had finished collaboratively ranking them.

“Olive just completely demolished all of those roadblocks of trying to get feedback from people.”

Olive’s killer feature that solidified their choice was its uncomplicated interface, which demystified a complex problem. This facilitated collaboration, moving the process forward quickly. Each requirement was rated with simplicity, good, threatening, or neutral. The clean user experience allowed all involved to see what the common business goals were, and stay on track, and see at a high level what’s working and what wasn’t. Stakeholders logged into their own Olive account to quickly review and score requirements.

“They were in Olive, rating and giving feedback on requirements, instantaneously.”

As a franchise, one of Freddy’s biggest challenges was gaining collaboration from stakeholders throughout the chain. Many of the stakeholders that needed to be engaged in the process were remote, less confident, and familiar with new technology, yet within the first week of the project and before the Olive team had trained the power users, Sean could see his stakeholders effectively using the platform.

Olive has increased Freddy’s confidence in the buying process, due to the platform’s detailed due diligence reporting, and audit trails. Teams across the business were easily able to get into the platform, and collaboratively rank requirements. Scores were automatically collected and tabulated in Olive, removing the risk of spreadsheet oversight. Vendors then answered how they met those requirements, which Olive recorded and time stamped, keeping track of vendor claims.

“Reducing the amount of time it took to bring collaboration and stakeholder buy-in hit ROI immediately.”

Relying on spreadsheets, email, and zoom meetings in their software buying and RFP process was an administrative burden, a huge time suck, and a source of risk. From this perspective, the cost savings were there just in terms of the time saved to get everyone on board.

TALK TO A HUMAN

Chris Abrams, Director of Innovation at Dewey's Pizza shares how the company uses Olive to facilitate an agile RFP process and collaborate with department heads needs requirements and solution sourcing.
Find Out How

We chatted with Corban Wells, Director of Product Management at Primary Residential Mortgage about finding best-fit solutions in Olive, and why that’s important for mortgage industry digital transformation.
Find Out How